20 May Swiveling since the get go 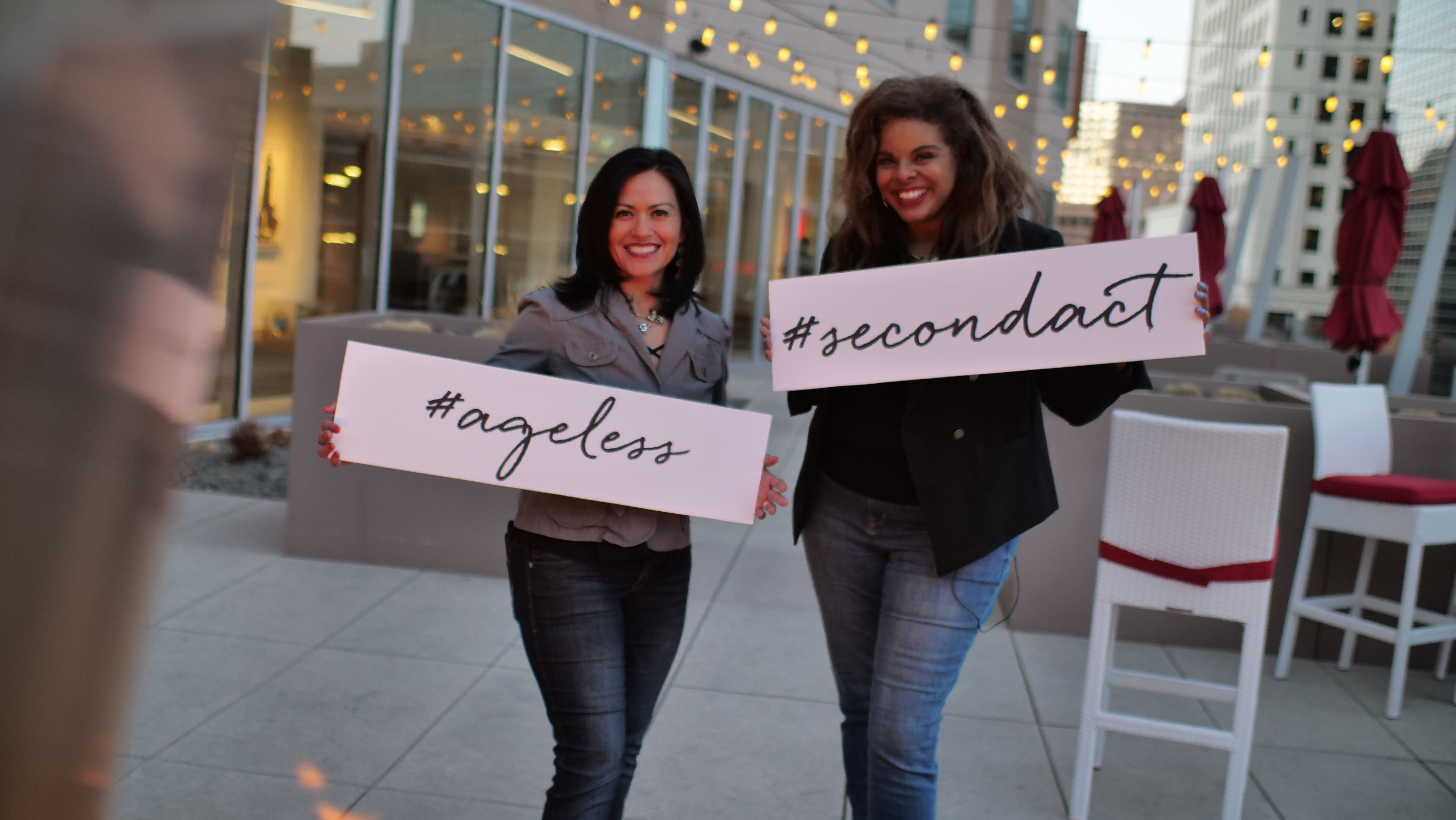 Before launching SecondActWomen, Barbara and I were friends, turned partners, back to friends, back to partners. Apparently, we couldn’t stay away from each other.

Not sure how many of you know about the swiveling we had to do with our first BizCon, now known as BizLifeCon. As we near the event, we thought it would make for some fun, behind-the-scenes reading.

It was February 2019, t-minus one month from our inaugural BizCon and we were working like mad to put together a conference unlike anything else out there. We leveraged connections and secured awesome speakers that had created sessions tailored to the woman over 40 & 50+ and we had teed up experiential components that would make this conference unlike any other industry conference. Think donut wall, comedy hour, one-on-one coaching sessions, mimosas and more. We had attracted sponsors like Microsoft, EZRegister, Citywide Banks, the Women’s College of the University of Denver, KOSI 101.1FM, ColoradoBiz Magazine and others. We were both stoked and ready to #crushit.

But then came the reality check.

While sponsors understood the importance of our company’s mission, our ladies couldn’t connect the dots. Used to being overlooked and underserved, they didn’t fully understand why we had created BizCon. Our ticket sales were beyond dismal one week before the scheduled March event.

Disheartened, but unwavering, we pushed the conference out to April in hopes we could do more outreach to help ladies understand the value of this conference. At the time, we were unsure if one month was even going to make a difference. All we knew was that we had to try and have faith that it would all work out. I have to admit, that is the one (among many) beautiful things about our partnership. Through thick and thin, we have each other’s back and when one of us is down, the other is there to lift us, and vice versa. Our faith in God is paramount and it truly has been a guiding light through all this because only God knows the ride he’s put us on.

We swiveled like the best of them and found ourselves sitting at the table the night before the conference, hoping and praying it would all turn out okay. At that point, we were just hoping to break even and be able to pay off expenses. We checked the reservations and we were sitting at 86 tickets, a far cry from the initial 250 and now new goal of 150. Not going to lie, our hearts sunk.  But we forged forward.

It was April 12, the morning of the conference. Time to ride or die and we both agreed; we were strapped in and ready to ride. Butterflies were all up in there, but it was game time. Sometime between the time we had checked RSVPs and the next morning, we had received another 30+ reservations and then people started arriving and calling their girlfriends telling them that they needed to attend “our” conference.

We both look back at that day with sheer amazement, gratefulness, and blessings. BizCon attracted 135 attendees and gifted us with unexpected words of gratitude and encouragement from friends, sponsors, and women we had never met, but had now been inspired to own their age and their second act.

WE HAD DONE IT…and we are ready to do it once again – online to boot! 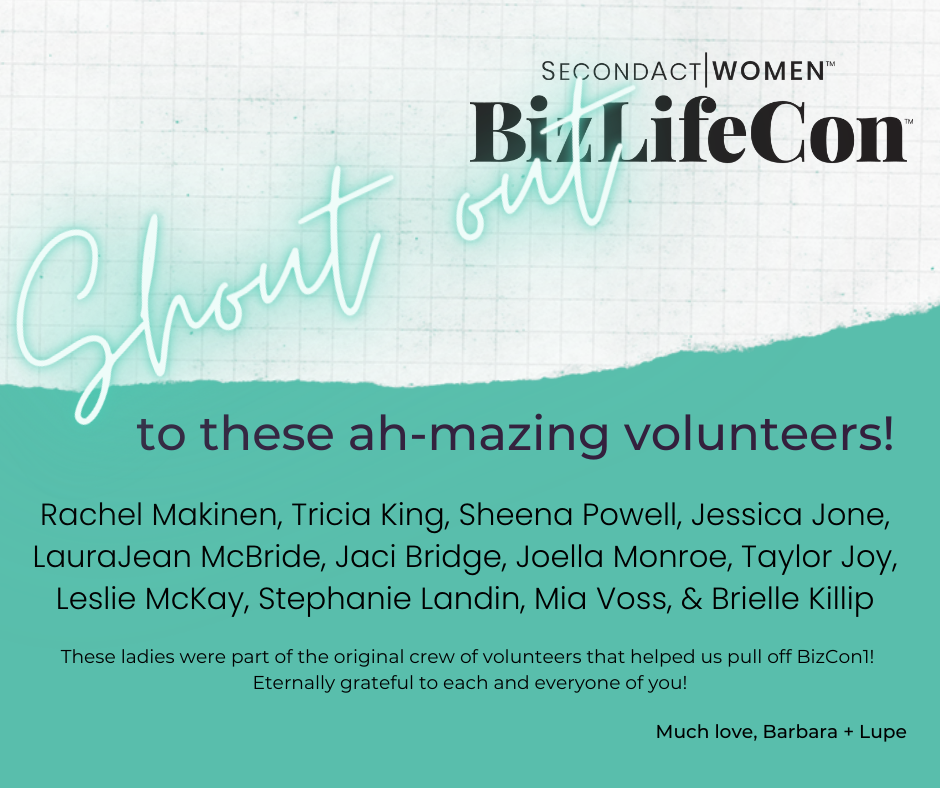 Guadalupe Hirt (46) is the co-founder and CCO of SecondActWomen. Founded to rescript the social narrative that women 40 & 50+ are past their prime, SecondActWomen is an IRL and virtual club platform that doubles as a resource hub and community support system to spur the careers, business ventures and big ideas of women in middlescence.

SecondActWomen is a subsidiary of Bloom+Co Presents, a minority- and female-owned company.